View From the Edge 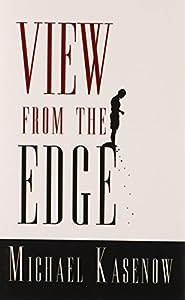 "View from the Edge" by Michael Kasenow is the sort of novel that smacks you in the face. It is an immensely powerful book, yet the hero is a gentle, damaged academic, who adores his son, and just wants one adult in his life to love and respect. The recollections of the childhood abuse Josh received from his father, while his mother did nothing to protect him, are painful in the extreme and still haunt him, day and night. And now his wife, Ashley, is treating him appallingly too, although somehow managing to be a good mother to their adored son. But she is on a downward spiral. In parallel with Josh’s recovery from his accident which runs alongside the gradual breakdown of his “train wreck strewn with fears” of a marriage, is the attempt by Josh’s university department to obtain the Mount Sinai Artifacts which brings a lot of media attention their way. His students are indulging in some weird behavior. Oh yes, and someone wants to kill him.

The book is populated by rounded, complicated, flawed characters. The hero/anti-hero Josh patiently sorts out petty and major problems at the university and is an attractive, likeable man. He copes but suffers. Such contradictions run throughout the book. The tone is angry and violent at times, but tender and humorous at others, even romantic. There is despair but optimism, as well as deception and betrayal but also love and loyalty. Kasenow shows great versatility in his writing and conjures up action and emotions that keep the reader hooked. It is moving and shocking at the same time. In short, "View from the Edge" a book you must read. 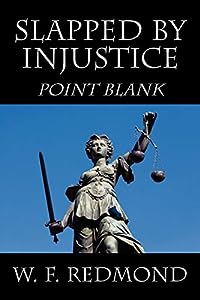 African-American Duane Freeman has served a seven year prison term for assault and now works as a janitor for Sunnycrest Mental Hospital in Dinuba, California. He worked in the mental health buildings both at New Folsom prison and at Mule Creek State Prison. Competent at bio-hazard work and highly intelligent, Duane is hired right out of prison by Sunnycrest supervisor Rosalinda Burgueno who becomes his mentor. Living with his love, Graciela, and her three young children, David, Ramon, and Margarita, who just adore him, Duane is proud of his inner strength that allowed him to survive California gang wars and the prison itself. Working his shift at Sunnycrest, Duane sees one of the prison psychiatrists forcing himself upon a naked female inmate. What is going on at Sunnycrest Mental Hospital?

"Slapped by Injustice: Point Blank" is a highly readable and very well-written story of Duane Freeman and the life that he is handed. Duane is an incredible and very likeable main character who does fall to his knees but always manages to climb back to his feet. The many other characters in "Slapped by Injustice," such as Graciela, Dr. Schietzel and Princess Washburn, are well-created and totally believable and play well against Duane, making this story a first-rate read. The plot proceeds with the necessary stops and makes it a good drama. The dialogue is first-rate and adds to the story. Duane's success in living his life fully after seven years in prison will inspire many. Readers should put "Slapped by Injustice" at the top of their lists of books that are must-reads. 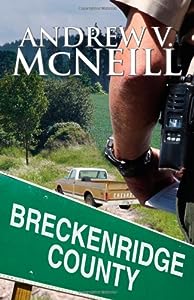 McNeil begins his tale twenty years in the past. Jesse Pace was drowning while his father was passed out drunk. His brother Tommy tried to free his ankle but couldn’t, so he ran for help. Jesse was terrified he would slip under the water. “Keep your head afloat.” Twenty years later, Jesse Pace returned to Breckenridge in the capacity of deputy sheriff. Production of Meth was rampant in the area. Jesse made it his mission to rid the area of the drug lords, meth production and the officials who supported it. He was one man standing alone, keeping his head afloat.

I was eager to read "Breckenridge County" by Andrew McNeil. I live just a few miles from the Breckenridge County line in an adjacent county. Not a mile from my home a plastic bag was found “cooking meth.” Andrew McNeil was right on the money when he wrote this book. Although it is a work of fiction it reads like fact. I always thought I lived in an isolated area that was cocooned from the rest of the world. Crime stats always seemed low. However, the world of drugs has breached our comfy home.

McNeil has created a complex character in Jesse Pace. This eye opening book is well-researched. The plot is sadly realistic. He demonstrates how the local politicians easily become corrupt. The author successfully captures the essence of the rural southern culture. Too often our officials find it easier to ignore what is going on in their back yard or to assist in it. This book has it all: conspiracy, corruption, drugs, suspense, racism, perverts, and romance. 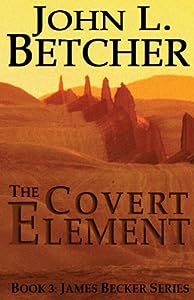 Former military intelligence operative, now small town lawyer James Becker, and his ex-CIA wife, Beth, have retired to Beck's hometown of Red Wing, Minnesota. Their retirement hasn't been exactly what they'd expected. Now, a new source of crime and intrigue has settled in their small community. A large Mexican drug cartel, tired of risking everything in cross-border actions, has set up shop in their county to make and sell crystal-meth. The new meth production facility is the largest in North America. But, to complicate things a little more, Becker's slightly eccentric, good friend and ex-special operations soldier, Terry "Bull" Red Feather, tells him that there may be other trouble coming their way. Bull's former comrade-in-arms is coming to Red Wing on a mission. After decades of assaults on the cartels, he is determined to finish it, once and for all, with plans to blow up the Minnesota meth plant. He wants Bull to help. The Beckers want no part of that but realize they must do something to dismantle the cartel operations before a full-blown drug war breaks out in Red Wing.

This story is very well written with interesting characters, good straight forward dialog and plenty of intrigue and action to keep the reader's attention and interest. I found it interesting that the author chose to use different points of view within the story. For the protagonist, and actions and scenes centered on him, it was first person; for the other characters, to include other major players as well as numerous flashbacks, it was third person. Although more writers are using the multiple POV format, it isn't widely done. In this case, the author managed to pull it off without any major distractions. I'm not sure if I'm a fan of this particular style of writing, but each reader can make up his/her own mind. Overall, The Covert Element is a good story with a good amount of suspense and action. 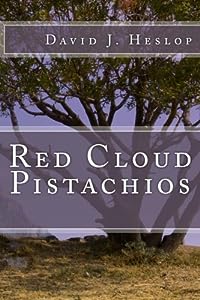 If you've ever lived in a small town you know the ambiance of such places. Everyone knows everyone else. There is no such thing as a secret. Friends and neighbors are like family. Red Cloud, Arizona was just that sort of town.

Twenty years ago, Carla told JJ she was pregnant; he offered to marry her but was relieved when she said no. Carla made up an elaborate story concerning Rory's father. Everyone in the small town knew the boy looked just like JJ but no one ever said a thing. Raising a child alone wasn't easy but Carla never asked for help. She and JJ remained close friends. Rory thought of him as a family friend.

JJ inherited a pistachio orchard from his dad. He and his friend George ran the place. George did most of the work. After George became ill Kurt proved his worth and was hired on. Linda took a liking to Kurt and gave him the inspiration to make more of himself. Mrs. Arkolis hired Kurt to plant roses and a few other odd jobs. She came to think of him as a son.

Red Cloud Pistachios is an incredible book. The characters are the driving force in this tale. Author David Heslop is a master at characterization; he managed to breathe life into each personality. He spared nothing in developing even the secondary characters. There are several secondary plots; the common factors that pull the plots together are the pistachio farm and the small town, Red Cloud. Kurt was one of my favorite characters. Watching him mature into a young man was heartwarming. His relationship with Mrs. Arkolis was touching. JJ was also a special character. For years he had resisted commitment, depriving himself of the joy of parenthood. There were many other special characters that stayed with me long after I finished the book.

Heslop captured the essence of a small town. A small town is more than a group of buildings, it is the inner relationships between. This book allows the reader to peek in the windows of the citizenship and witness their grief, guilt, love, abandonment and reconciliation.

I was quickly drawn into this plot, it held me captive to the last page. I became a part of this book and cared about the characters. I could see the town, the orchard and the run down trailer. Heslop did an excellent job of building the town with words. This book is a must read! Add this to your summer reading list. You will be glad you did. 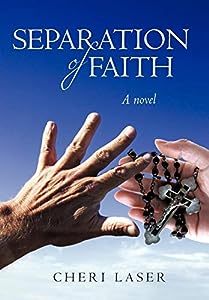 Upon the death of Sister Abby, Isaiah Mellington receives a letter from his deceased dad asking him to handle the Sister's affairs. Isaiah discovers Abby had a lot of secrets. Several lives will be affected by revealing Abby's past. His task leads him to Zoie, Rosa and Ava. Heartache, romance and family are only part of the plot.

This is a difficult book to review. The plot is brilliant, so brilliant that I want to share too much. In an effort not to spoil it for other readers I am limiting my summary to the above. I was quickly swept up in the plot of this book. The characters are fascinating and well developed. Each character had a unique personality and together they were dynamic. The plot moves back and forth through time, taking the reader from the 1940's to 2008. At times I wondered if the plot was based on a true story. This book is bound to hit the best seller list!