Based On Real Events 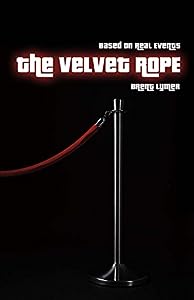 What kind of an idiot takes a part-time job only to be spat on, physically threatened, ridiculed, and disrespected? Well, it could easily be argued that I’m that kind of an idiot because - at the unlikely age of thirty - I decided to moonlight as a nightclub doorman. The Velvet Rope is a semi-autobiographical novel based on my personal experiences as a bouncer in downtown Vancouver, BC during the 1990s. Each chapter provides a humorous, often hilarious, look of what happens when alcohol, competitive testosterone, and the unlikeliest of friends find themselves just trying to make it home safely at the end of each shift. The Velvet Rope provides an inside look at doorman tactics, rituals, and techniques. It also dispels the stereotype that all doormen are over aggressive, steroid-monkeys, who are simply trying to pick a fight.
Contact Author -