The Eagle and the Child 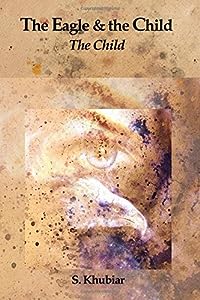 Espionage, religion, and love collide in the thrilling novel, The Eagle and the Child) The Child Trilogy Book 1 by S. Khubiar. Dr. Phillip Sherrod is an up and coming orthopedic surgeon, with a reputation for his indiscretions. After a year of treating the enigmatic Dr. Shahla Markow for a shoulder injury, he discovers there is far more to her than her government job with the Federal Bureau of Prisons and he is intrigued. When Shahla is stabbed by a prisoner and requests Phillip as her surgeon, his interest takes a more serious turn. Her government job has another layer, and he realizes Shahla is a trained killer; still, her paradoxical life fascinates Phillip even more. He finally convinces her to marry him, but the complexity of their relationship intensifies when Phillip learns she practices and follows the laws of Judaism. Because he loves her, Phillip endeavors to understand and incorporate Shahla's religion into his life, yet the incongruity between her beliefs and her work continues to perplex him. Shahla's history is still a mystery to him, and one evening when she has visitors from her past who attempt to intimidate him, Phillip becomes very upset. Shahla won't explain their presence, and Phillip loses control; he oversteps his moral and physical boundaries. Two days later, without explanation, Shahla disappears. Has he driven Shahla away or has Shahla's past caught up with her?

The Eagle and the Child by S. Khubiar is a scintillating tale about a woman operative's struggles to have an ordinary life, despite her race, religion, and career. In combining Shahla's and Phillip's dissimilar cultures, the story realistically portrays the extreme difficulties existing in combining two diverse backgrounds. Shahla views her place in her home and society in the traditions of her Persian parents, which vary significantly in contrast to Phillip's Protestant upbringing. The polarity of their formative years brings an element of intensity to the plot and an unexpected development in the storyline. This is an enlightening story confronting the issues of hate and prejudice from the viewpoint of those who are the victims of intolerance. Intrigue and subterfuge are the principal elements woven throughout the book, laced with fast-paced action and electrifying fight scenes. These exciting aspects keep the reader mesmerized and entertained until the final page. It is a suspenseful story centered around international government conflicts and building to an exhilarating climax. This riveting novel terminates on an emotional cliffhanger, leaving the reader anxiously awaiting the sequel. This is a brilliant beginning to a saga that reminds me of a modern version of the "Zion Chronicles" by Brock and Bodie Thoene. Discretion is advised as there are bouts of violence, mild sex scenes, and a few mature words.