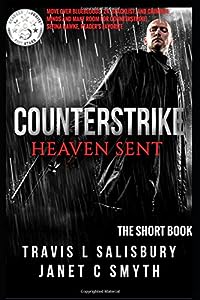 Defender: A Scottish American Fairy Tale by Mr. Travis Logan Salisbury and Ms. Janet Claire Smyth is a fictional terrorist thriller novel that would appeal most to an audience made up of adults who enjoy thriller fiction with a focus on terrorism. Defender follows Kate Greenwood and agent Gareth Dru McFadyn. Kate Greenwood is a college professor who finds a battered Gareth Dru McFadyn on the side of the road. This one discovery leads to a partnership between the two as they come to discover their compatibility amidst the terror and fear caused by Klaus Vogle.

Move over Bluebloods, 24, Blacklist, and Criminal Minds and make room for Defender! Defender is a well-written and well-researched novel that is very difficult to put into just one genre as it is a mix of genres. I personally found the plot line and the characters to be well developed. Kate Greenwood was my favorite character. It is hard not to like a woman who is willing to help someone stranded and injured on the side of the road without a clue of who he is. I really enjoyed Kate’s interactions with Gareth and I enjoyed watching their relationship develop and evolve over the course of the book. I also really liked the fact that the authors are donating 10% of the proceeds to ovarian cancer research and patient malpractice advocacy. Overall, I greatly enjoyed reading about Kate Greenwood and Agent Gareth Dru McFadyn and I hope the authors decided to write a follow up novel.