Or, the Unwritten Memoir of Tennyson Middlebrook 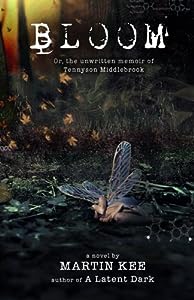 Tennyson Middlebrook never considered himself a storyteller. The fairy tales he invented for his childhood friend Allison were only meant as a distraction from their troubled lives. For Tennyson, the stories were a whim, meant only to offer comfort in a bleak time of mass extinction and despair. The characters in his stories never even had names... But Lil’it is real, if not quite human. She is feh, a non-person, existing in a fractured world of hoarded knowledge where the simple act of writing is a crime punishable by death. At best she is property; at worst she is an exotic commodity, something to be sold off to rich, superstitious lords and bankers who would use her organs as aphrodisiacs. She lives in a cage, kept as a pet, her saliva a pathogen used to concoct potions. But when she is sold to the prince of a kingdom as a plaything, she discovers her world is much bigger, more dangerous, and far more terrifying than she had ever imagined from inside the safety of her prison. The world has been afflicted by bloom, a parasitic fungus striking down the very people who might be able to stop it. For a disease that feeds on information, the minds and memories of humanity are the perfect food. As bloom scatters the remains of his species, Tennyson becomes separated from Allison. When he learns that she may still be alive, he must decide how far he is willing to go to see the end of the world with the only woman he ever loved... even if she has no memory of him.
Contact Author -