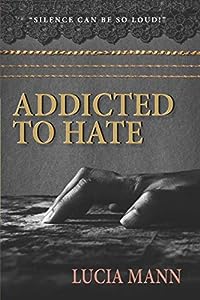 "Parent abuse can take on many different forms, from physical, emotional, and verbal, to financial abuse."
—Lou Purplefairy

Maddie's story raises the time-honored question of nature vs. nurture.

Parents abused by adult children suffer silently, shamed to the marrow by words, moods, acts, and blows that pierce through their imagined bubble of safety and kidnap any notions they had of sharing a mutually loving relationship with their children.

Maddie loved her daughters unconditionally . . . until, as a financially depleted and physically bruised senior citizen, she was forced to cut ties permanently with her adult descendants. Maddie's cruel and dysfunctional upbringing prompted her to smother her children with love, to soften the blows of life, even when consequences would have been a healthier, more effective choice.
• Were Maddie's children tailored from the fabric of her soft heart to abuse and take advantage of their mother, despite her enduring passion to love and support them . . . regardless of the consequences?
• Or were they impelled to abuse their mother because of biochemical disorders and volatile eruptions in their neural centers?

Perhaps Maddie's children were born out of a fragile fusion of the two. In this book you will feel Maddie's turmoil as her callous children—who do all they can to hold power over her bottomless well of love—develop into brutal adults, and you will applaud her courage when she finally pushes shame aside and reaches her climactic end point.

ABOUT THE AUTHOR
Lucia Mann, humanitarian and activist, was born in British colonial South Africa in the wake of World War II. She now resides in British Columbia, Canada. After retiring from freelance journalism in 1998, she wrote a four-book African series to give voice to those who have suffered and are suffering brutalities and captivity. Visit www.LuciaMann.com for more information on how you can help alleviate the scourge of modern-day slavery.