The Story in the Stars 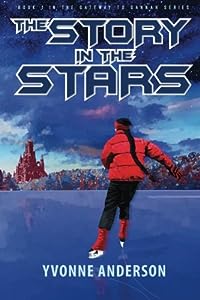 Reviewed By Tracy A. Fischer for Readers' Favorite

In The Story in the Stars: Gateway to Gannah, Volume One by author Yvonne Anderson, we find our heroine, Dassa, teaming up with the inscrutable Dr. Pik in the hopes of finding a cure for the Karkar plague before it decimates the population of Gannah. In a surprising alliance, as Dr. Pik has professed his hatred for the whole Gannahan race, the two must race against time in their work. When a cure is found, the story doesn’t end as Dassa and Pik need to fight off attacks by interstellar pirates and wild beasts, survive food poisoning and a plane crash and, perhaps most difficult of all, try to get along with one another until they can finish their quest.

The Story in the Stars: Gateway to Gannah, Volume One is a strong new entry in the genre of Christian science fiction. The Story in the Stars, the unifying theme of all cultures in the Universe, that all have the same story of the constellations, the same origin story of religion, underlies the religious foundation of this book. The belief that God created all under the stars, not just those from Earth, serves as the basis for the Christian religion for all. Yvonne Anderson’s attempt to unite Christian themes and science fiction in this, her debut novel, is a delicate balancing act, and one not undertaken by many novelists even more experienced than she. Her work will appeal to those who enjoy science fiction, but especially those with a Christian faith, and those who may have found themselves wondering, ‘If there are others out there in the Universe, who is to say that they, too, were not created by God and a part of His greater Creation?’