The Scales of Six 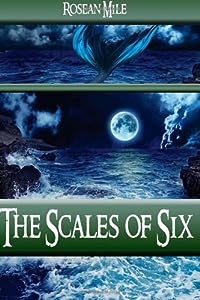 Rosean Mile's "The Scales of Six" is the unique story of independent curator Gail Weaver. While she is collecting relics in Indonesia, she discovers a wonder plant that grows widely in the region of Sumatra. It can turn any type of hair into beautiful locks. Smuggling plant clippings into the United States of America, she starts a cosmetic company by manufacturing a brand of shampoo made from the Sumatran plant. With her sister Fran and an Indonesian scientist, Gail embarks on a life of finance, business, legal battle as well as romance. However, her greatest challenge is the ephemeral plant itself and the story takes a turn that nobody would expect.

"The Scales of Six" is an intriguing story that centers on greed and the force of nature. Author Rosean Mile successfully incorporates the elements of financial struggle, business competition, vanity and romance in her novel. Together with an old myth that surrounds the Sumatran plant, all these elements come together to produce an interesting story that should excite the readers. I particularly like the development of the plot with its exciting build up of suspense and the mixing of the traditional and contemporary world. Exotic Indonesia is absolutely the right setting for the traditional and the surreal while the corporate world of America provides a real and ruthless world of contemporary business. In a world that is becoming very obsessed with monetary success, "The Scales of Six" is surely a relevant read.