The Fall of the Phoenix 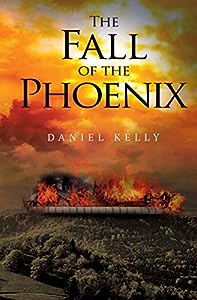 The Fall of the Phoenix by Daniel Kelly recounts the final days of the city of Troy before it fell into the hands of the Greek armies and ended the Trojan War that had lasted for ten years. Kelly retells the story by getting closer to the protagonists. Their emotions are scrutinized for readers to ponder upon, and their battles are delineated and detailed, exposing the blood and gore in a direct manner. The book starts with the fight between Hector, the Trojan prince, and the Greek hero Achilles. It’s a scene that rightly puts readers straight into the action and gives the essentials of the following events. Hector’s brave, loyal, peace-loving and thoughtful nature made him my favorite in Homer’s Iliad, the only version that I’m quite familiar with regarding this ancient conflict. His portrayal in Kelly’s retelling doesn’t disappoint me.

In clear-cut prose, Kelly’s version is much more pragmatic and no doubt taking advantage to navigate its way through the different interpretations of the Trojan War, portraying the story from a different perspective and connecting the events with several accounts in between. Although I’m slightly ambivalent of how young Diomedes is depicted, the characterization of King Priam, Achilles, and Agamemnon are deftly handled; their emotions are raw and believable. Themes such as revenge, bravery, betrayal, honor, loyalty, friendship, and familial bonds are well developed. All in all, Daniel Kelly’s The Fall of the Phoenix is a solid retelling for fans of the genre. I look forward to reading more of this author's work.