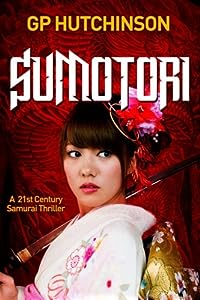 “GP Hutchinson’s inventive romp cleverly pairs a shrewd police detective with a wronged sumo champion who must prove himself as sure-footed outside the ring as in—or perish trying.” —Barry Lancet, bestselling author of JAPANTOWN and TOKYO KILL Yokozuna: the best of the best, the highest possible ranking in Japan’s national sport of sumo. To be awarded this title, you need to go above and beyond, showing strength, agility, and plenty of discipline. The only remaining Japanese individual with this title is Tatsuyama, who shares the honored rank with two foreign wrestlers. The mild-mannered fighter is suddenly suspended from competition, however, after he steps in to subdue an obnoxious drunk who is harassing a performer from an all-girl J-Pop ensemble. Despite his best intentions, he ends up with assault charges and a trip to the slammer. As it turns out, the concert creep may have connections in high places. In the struggle to clear his own name and protect those he cares for Tatsuyama then finds himself in the crosshairs of Yamada Hideyoshi and the Yamada clan, who are looking to exact complete control over Japan’s national sport—and they will stop at nothing to bring down the sumo champion. This action-packed, international adventure follows the affable fighter as he works with young detective Kobayashi Kobi in an attempt to ward off the corrupt individuals and enemies lurking in unexpected places who are threatening him and those closest to him, however not everyone is who or what they seem. A page-turner from start to finish, you’ll find yourself rooting for the instantly likable Tatsuyama the entire way—but can he stop Yamada and the corruption that is threatening to end him before it is too late?
Contact Author -