Song of the Boricua 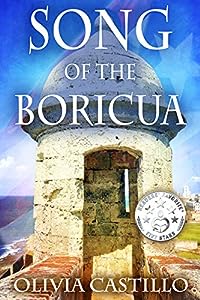 Song of the Boricua by Olivia Castillo is a début novel describing the lives of three generations of women; Elena, Josephina and Maria. A generational curse binds the women, causing irreparable damage to each family. Will the curse ever be lifted and peace finally be upon the family? Puerto Rico provides the backdrop to this book which depicts love and betrayal on a grand scale. Song of the Boricua affords a glimpse into the rich history of the island, and the culture and lives of the Puerto Rican people.

Song of the Boricua contains a large cast of characters and spans most of the twentieth century, beginning in the early 1930s. The book deftly switches between different time periods, describing the hope and subsequent tragedy of different generations of women. Olivia Castillo writes a darkly atmospheric and bewitching tale. However, she can also evoke passion and enchantment. Song of the Boricua, which is the Puerto Rican spirit or pride, is a theme which runs throughout the book.

There is a strong musical influence with song words from each era providing a further layer of interest. The racial tensions, political problems, domestic violence and the hardships suffered by the families are all vividly depicted. The complex relationships between the main protagonists and the men they become involved with are sharply defined and very memorable. I enjoyed the many references to the music which spanned the generations, and I learned a lot about the culture and history of Puerto Rico.