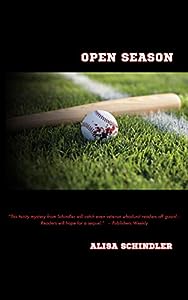 Little league head coach Wayne Savage is at the top of his game. A big personality with a bigger ego, he’s both respected and reviled by a good many players, parents and coaches. But love him or hate him, Coach Wayne is a winner, his players are winners, and anyone who has anything negative to say about it is clearly a loser.
But that was yesterday. Today Wayne Savage is dead at home plate.
Now the team must scramble to keep it together as one assistant coach makes a play for the widowed wife and the other guns for the head coach cap, all while a murder investigation points fingers at everyone.
With foul play, major league scandal and a glimpse into the inner politics of small town sports, little league baseball has never been less appropriate for 12 year olds.