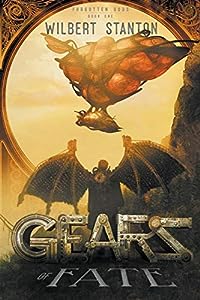 Zak Walker, a fringe rat living on the outskirts of the slums and doing dangerous labour to look after his sister, could never imagine the plan fate has for him. He only wanted to protect his sister. Since their mother left, his father is a mean and violent drunk, and Zak had sworn to look after Alice. But the distance he must go to keep this vow will surprise even him. The day Seneca appeared was the start of his twisted path. His sister vanishes, spirited away to Earth, a place now abandoned by the gods and left to the Fey. Zak must unite the gods, but to do so he must pull Zeus from his fractured state by retrieving something stolen from him by his treacherous son, Ares. Earth is not like it was in the time of the gods. Now it is nothing more than a hunting ground of rivalry and survival, a honey trap; pretty, but deadly to those who don't know how to look after themselves. Can Zak survive in a place where trust can be a death sentence, and keep his promise to protect his sister? Find out in Gears of Fate: Forgotten Gods, Book One by Wilbert Stanton.

Gears of Fate put me in mind of Percy Jackson meets The Golden Compass and Disney's Treasure Island. There's a steampunk element that I found charming. Seneca's character reminded me of one of my favourite characters from Tales of Vesperia. As a gamer and fantasy lover, not to mention a lover of Greek gods and mythos, this book ticked a lot of my boxes. Well written, engrossing, imaginative, gripping, and fun. You'll find yourself lost in a world of dangers, where nothing is quite what it appears. Wilbert Stanton has a talent for world building and character development and creates believable relationships, technologies, adaptations, and content, fleshing out an amazing world. A great start to what promises to be a gripping series.