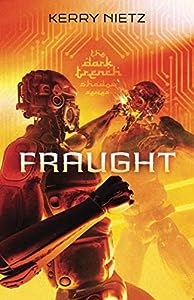 Debuggers have one purpose, to obey their masters. The implants in their heads ensure they can’t forge their own path, can’t disobey or even fall in love. But after ThreadBare’s master is assassinated, his implant goes haywire, terrorizing his mind with unpredictable pain.  He's in love despite the implant, with Damali—a woman who's disappeared from his life. In addition, he hears rumors of a plot to end debuggers forever. To end his single purpose. ThreadBare finds sanctuary in a school for future debuggers. He hopes a teaching position will give him time to investigate Damali’s disappearance, and for his fraught brain to heal. Time is exactly what he doesn’t have, though. When an act of terrorism puts the students in danger, Thread is forced to do battle. He needs a miracle, or his purpose—and his love—may be ripped from him forever.
Contact Author -