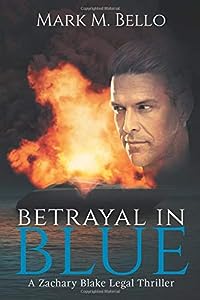 “Cut off the head of the snake and another will grow in its place.”Attorney Zachary Blake returns with Police Captain Jack Dylan in this intense legal thriller.Dearborn, Michigan has enjoyed relative tranquility after beating white supremacists in the field and in the courtroom. However, a second group of dangerous bigots plots revenge for their fallen brothers. Their evil plan? To steal a cache of deadly Sarin Gas and release it in Dearborn.Jack Dylan and his team discover this terrorist plot and are set to diffuse it. At the last minute, the FBI usurps the investigation and achieves uncertain results. Furious with the FBI and operation's outcome, Jack defies orders, goes rogue and chases evil to the small, fishing town of Manistee. When his own plan goes awry, Dylan finds himself under arrest and on trial for murder. He calls on Zack Blake to defend him in the biggest trial the community has ever seen. The local cops and the FBI are hellbent on convicting Dylan, while Blake and his team seek proof that things are not as they appear. Can Zack pull off a courtroom miracle or will Jack fall victim to this Betrayal in Blue?
Contact Author -