An Inheritance of Hope 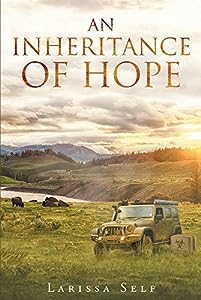 A deadly virus is raging war on the human race, and the CDC and its global partners can’t stop it. When patient zero enters the United States from China via San Francisco with a connecting flight to Boston, no one is aware of the pandemic he has unleashed in the country.
Riley Cooper and her teenagers leave California in the early hours of the morning bound for Utah, on what was to be a month-long vacation at her parents’ home. During the first six hours of her drive, Riley feels something is wrong but can’t quite put her finger on it. Pulling over in Saint George for food and gas, she and her kids find the world they knew has begun to unravel.
In its wake—good, decent, law-abiding citizens have become their own worst nightmares by committing the most vile and heinous crimes. Riley’s only mission is to ensure a future for her children in a world that doesn’t want them to have one. Through the midst of all the terror and horrors of the world, Riley is reintroduced to the one true God and the resounding love He has for her family and the people that have joined them. Because of Him, hope is more than just a word; it is the new foundation for the world that lies before them.