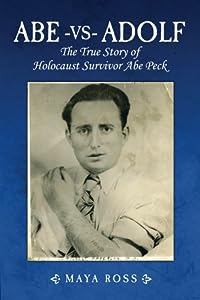 What was it like to be a Jewish teenager in Europe during World War II? One who couldn’t escape or hide but who faced the Nazis head on and survived? Abe-vs-Adolf is the captivating tale of a boy who made it through nine different concentration camps, losing everything but his determination to live. Abe Peck was only fourteen when the Germans invaded Poland, took over his community and forced his family into a rundown ghetto. Over the next five horrific years, as a prisoner and slave in camps like Auschwitz and Buchenwald, Abe endured unimaginable cruelty. What got him through the relentless horror and atrocities? His only way to beat Adolf Hitler was to live to tell about it. As the sole living Holocaust survivor from his entire town, Abe is the only one left who can tell us what really happened to his civilized society when evil took over.
Contact Author -